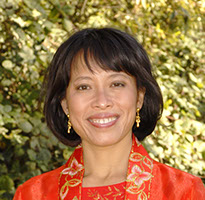 After her dermatology residency, Dr. Truong relocated to Santa Rosa and worked at Kaiser Permanente for several years before entering private practice locally.

Dr. Khanh Truong currently resides in Santa Rosa with her husband and three children. She enjoys spending time with her family, cooking, running, and playing the piano.

Dr. DeGroot was raised in Chino, California. After high school he served in the United States Marine Corps both in the states and abroad. He finished his military service in Hawaii and stayed there for his initial undergraduate work at the University of Hawaii. From there he studied and trained in the Midwest and East Coast before settling back in California.

Dr. DeGroot received his Medical Degree with Distinction at Indiana University, where he received numerous awards and scholarships including the Graduating Senior Academic Achievement Award. After completing his Residency at UC San Diego, where he also served as Chief Resident, Dr. DeGroot worked at Kaiser Permanente for 10 years before pursuing private practice. Dr. DeGroot remains active in teaching and has held an academic position at UC Davis Department of Dermatology since 2004.

Kelly has been working at Sutter Santa Rosa Regional Hospital since 2008 as an RN in Women's Services.

She loves her job of taking care of Newborns and Moms post delivery. She has also been working at NorCal Dermatology since 2014 doing cosmetic procedures alongside Dr. Truong and Dr. DeGroot.

Kelly would love to tell you more about what she has to offer, such as Ultherapy, RevLite Photo Rejuvenation, Laser Hair Reduction, IPL, Tattoo Removal, and PRP Facials.

When she isn't at work, Kelly enjoys spending time with her family, exploring the outdoors, musical theater and traveling.

Find us on the map